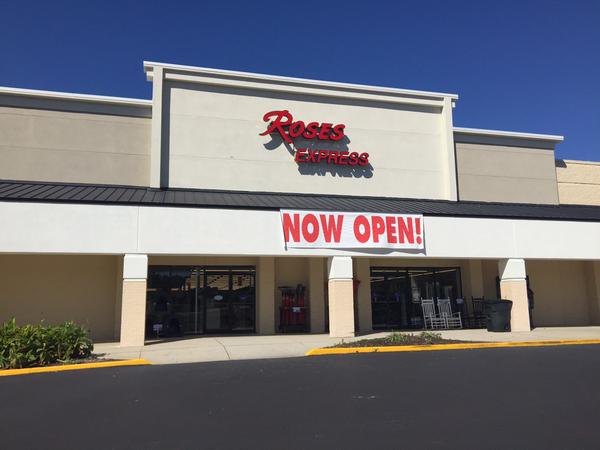 Roses Express has officially opened in the First Tuesday Mall right on schedule. The management tells us this was a soft opening and a Grand Opening will happen later this month, most likely on the 31st. The store will continue to be open during the soft opening.

Previous Story From This Summer

Big News! As a child I grew up going with my family to a store each one of us might be familiar of, Roses. Today it is with much excitement that I can tell you, Roses Express will be opening in late October at First Tuesday Mall. It will be located in the former FREDS store. We spoke directly to the President of Variety Wholesalers, Wilson Sawyer about the new location. Speaking to a President of a major company was a delight, something that rarely happens. He confirmed to us that a lease was just signed for the location with RCG Ventures and an interior buildout had begun. In the next month or so Roses Express hopes to have fixtures in place and then will start the hiring process closer to the October opening. The new store will bring around 35-40 jobs to the area. We recently visited a Roses Express in Greensboro, NC during a Grand Opening Event. They really treat the customers well! The first 300 people at the event in Greensboro, NC received a free gift and were registered to win a gift card. As we get closer to the opening of the new Roses Express in Carrollton, updates will follow. The store features closeout buys, including accessories, clothing, home furnishings, decor, and other items. Variety Wholesalers which operates Roses Express has locations in Griffin, GA and Forest Park, GA. The company is based out of Henderson, NC. Please continue to watch this story for updates and a full press release will follow soon. We are very excited about this new retailer for the community.